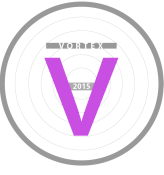 UVA Housing: what the students want 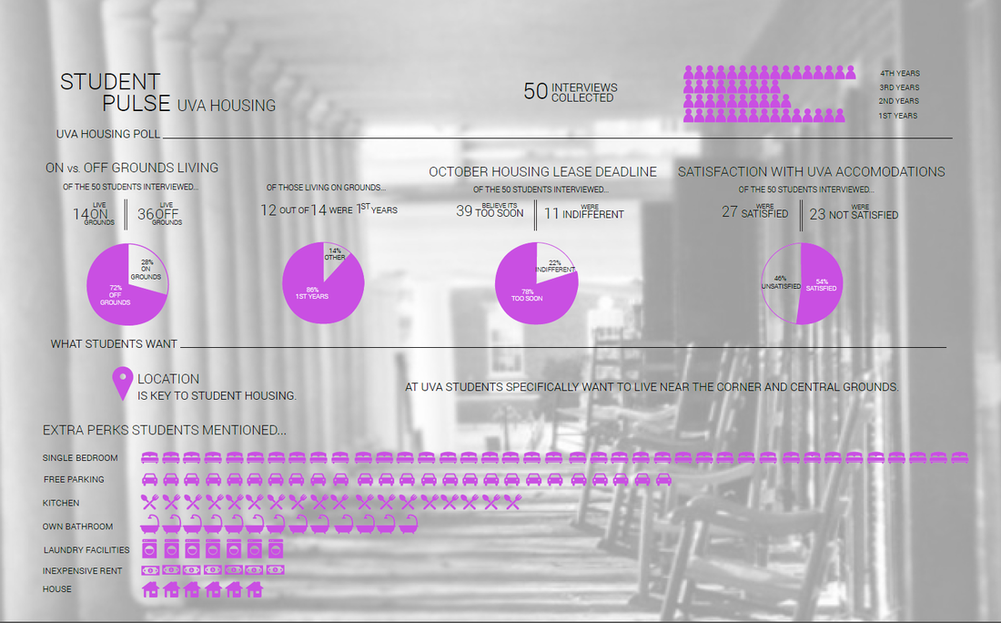 At the heart of Vortex 2015 is the issue of student housing. One of the key speeches at the Kickoff event was delivered by Gay Perez the Executive Director of Housing and Residence Life at UVA. Perez gave a talk on student demands in terms of housing and asserted, “the residential experience is the cornerstone of the student experience.” As an Alumna of the university, Perez lived in on grounds housing all four years of her undergraduate career during the 1980’s. Today, this is rarely the case for most students.

UVA commissioned a survey conducted by the national housing consultant firm Brailsford and Dunlavey in 2012 that showed only 42% of all undergraduate students at UVA live on grounds, the majority of this number being first years. After their first year, over half the students move to off grounds housing. The survey only reported the numbers and percentages of on and off grounds housing, not the reasons why students tended to move off ground. Curious to understand this peculiar trend, we decided to investigate a little further by asking the students their opinions on the UVA housing situation.

A-School communication students took our own poll of 50 random students and found that in our opinion, location is the most important factor for choosing housing on or off grounds. The #1 suggestion students gave to improve UVA housing accommodations was to have more options for upperclassmen closer to central grounds. The majority of students we polled discussed issues such as the proximity to the corner and central grounds, parking options, and the cost as reasons for living off grounds. Students complained that the housing options for upperclassmen were limited and not in ideal locations. 72% of our respondents lived off grounds, like forth year student Connor Flynn who said, “Living on grounds after your first year is social suicide ” specifically referring to the Copeley Hill and Faulkner apartments.

Another issue the polled students commented on was the fact that students face the pressure of having to decide on housing arrangements for their next year early in the fall semester of the current year. For off grounds housing, to ensure you get the location you want students must decide in October of your first year. For first years, this can be very intimidating when choosing where and who to live with when you’ve only been in college for a month or two. 78% of students polled agreed that this deadline is very stressful.

Finally, we asked the students what their ideal living situation would be. With the students we spoke to, 50% said free parking would be a great perk. In the Brailsford- Dunlavey 2012 survey, parking was not one of the factors considered, only the types of rooms that students wanted. Their survey showed that younger students didn’t mind the traditional community styled living arrangements while older students tended to want more privacy. In our poll, 78% of students wanted their own room and 26% wanted a bathroom of their own or one that they only had to share with one other person.

During this week’s Vortex 2015, we believe that the student design teams should study the findings from experts like Gay Perez and be thoughtful about housing options for the entire UVA community to consider.